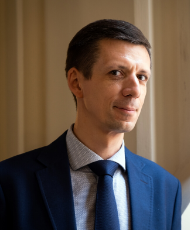 Prof. Kamieński holds a Ph.D. in political science from the Jagiellonian University (2005) as well as an M.Sc. in International Relations (London School of Economics and Political Science, 2001) and an M.A. in political science with a minor in international relations (Jagiellonian University, 2000). He was a Visiting Fellow at LSE IDEAS (2019), and the Center for International Studies at the London School of Economics and Political Science (2011) as well as a Visiting Research Fellow at the Department of National Security Affairs, Naval Postgraduate School, Monterey, C.A. (2003). In 1999, he received a scholarship to study at the University of Oxford from the Stefan Batory Foundation and the British Foreign and Commonwealth Office. He is a co-founder of the MA in TransAtlantic Studies program at the Institute of American Studies and Polish Diaspora and served as its head from 2007 to 2011.

2019, A Pharmacological Gulf of Tonkin: The Myth of the Addicted Army in Vietnam and the Fear of a Junkie Veteran, [in:] Historicizing Fear Ignorance, Vilification, and Othering, eds. Travis D. Boyce and Winsome M. Chunnu, Louisville: University Press of Colorado, pp. 157–175.

2017, Scientist-Warrior Geeks: Turning Knowledge Into Power, War on the Rocks, review of Sharon Weinberger, The Imagineers of War. The Untold Story of DARPA, the Pentagon Agency That Changed the World (Alfred A. Knopf, 2017), 25 July.

2017, Niegdysiejsze (legalne) odloty (“Erstwhile [Legal] Trips”),  review of Stuart Walton, Out of It: A Cultural History of Intoxication, 9 July.

2016, Why have military historians ignored drug use in the military?, "History News Network", 5 May.

2022, "Nowe technologie fascynują mnie równie mocno, co niepokoją” ["New technologies fascinate me as much as they make me anxious”], in conversation with Mariusz Wojteczek, Badloopus, republished by Onet.pl, 3 October.

2022, "Czy najnowsze technologie Pentagonu sprowadzą ludzi do zasobu internetu rzeczy?" [“Will the Pentagon’s Latest Technologies Turn People Into a Resource of the Internet of Things?’], in conversation with Krystian Łukasik, "Contact Magazine", 5 August.

2022, "To gdzie są ci cyfrowi żołnierze? Stoimy u progu rewolucji" [“So Where Are These Digital Soldiers? We Stand at the Threshold of a Revolution”], in conversation with Sylwia Czubkowska, "Spider’s Web", 29 July.

2017, "Po co armii hełmofony? Jak będzie wyglądał żołnierz przyszłości" (“Why Does the Army Need Headsets? What the Soldier of the Future Will Be Like”), interviewed by Paweł Pieniążek, "Krytyka polityczna" ("Political Critique"), 22 October.

Blurbs
2021, B. Timberlake, High Risk. A True Story of the SAS, Drugs, and Other Bad Behaviour (London: Hurst)

2017, 26 May, “Commemorating the Seventieth Anniversary of the Marshall Plan: Past and Current Challenges of the Transatlantic Alliance,” Faculty of Social Sciences Charles University/Vaclav Havel Library, Prague, the Czech Republic. Paper: “NATO: A Risk Management Community”.

2016, 19-20 April, “Visions of War: Experience, Imagination and Predictions of War in the Past and the Present,” Estonian War Museum, Tallinn, Estonia. Paper: “Will G.I. Stand for ‘Genetic Infantryman?’ Genetics, Genomics, and the Prospects of Human Enhancement in the U.S. Military”.

2014, 21–23 October, “Armed Forces for 2020 and Beyond: Roles, Tasks, Expectations,” Austrian National Defense Academy, Vienna, Austria. Paper: “Towards the Genetic Profiling of Military Personnel? The Pentagon's Role in the Era of Personal Genomics.”

2013, 11-12 November, “War and Propaganda in the Twentieth Century," Faculty of Social Sciences and Humanities, NOVA University Lisbon, Lisbon, Portugal. Paper: "The Gulf War: Postmodern Propaganda and the Scenic Image of a War ‘That Did Not Take Place.’"

2013, 4-5 October, “The Philosophy of Technology," Institute of Philosophy, Jagiellonian University, Krakow, Poland. Paper: “The Social and Ethical Dilemmas of Cosmetic Pharmacology” (in Polish).

2012, 19-20 October, “Technologies of Pleasure: The Culture of Psychoactive Substances,” Institute of Sociology, Jagiellonian University, Krakow, Poland. Paper: “The ‘War As a Drug’ Metaphor” (in Polish).

2012, 19-20 April, “New Strategies for the New Century: The Limits of and Opportunities for Regional and Global Integration,” Institute of Political and International Studies, Jagiellonian University, Krakow, Poland. Paper: “Neuropharmacology and the Risk Management on the Battlefield” (in Polish).

2009, 25-26 November, “Security in 2020 in a Multipolar World,” International Society of Military Science, Netherlands Defense Academy, Amsterdam, the Netherlands. Paper: “Perfect Soldiers of the Future: On Chemical Enhancement of the American Military.”

2007, 13-14 December, “Modern China: The Rise of an Empire from an International Perspective,” The Confucius Institute in Krakow, Poland. Paper: “Armed Forces, Military Modernization, the American Challenge, and Sun Tzu: the Military Dimension of Chinese Power” (in Polish).

2019, 1 November, presentation: "Back to the Future: Toxins Used in Warfare Over the Years." Weaponised Toxins in Policing and Warfare Seminar, organized by Bioanalytics and Toxicology, Churchill War Rooms, London, United Kingdom

2018, 11 September. Panel discussion on “The Future of Drug Policies: From Prohibition to Regulation – What Would a Society That Allowed Drugs Look Like?” Eighteenth Internationales Literaturfestival Berlin, Germany.

2017, 29 September. "Wojny na narkotykach" (“Wars on Drugs”). This presentation was part of the Faces of Medicine cycle in the Stanislaw Fischer Museum in Bochnia, Poland.

2016, 15 June. "Shooting Up: A History of Drugs in Warfare" book launch. Book and Kitchen, Nothing Hill, London, United Kingdom.

2014, December. “The Biotechnological Revolution and Military Human Enhancement.” A presentation for the staff of the Special Operations Center, Krakow, Poland.